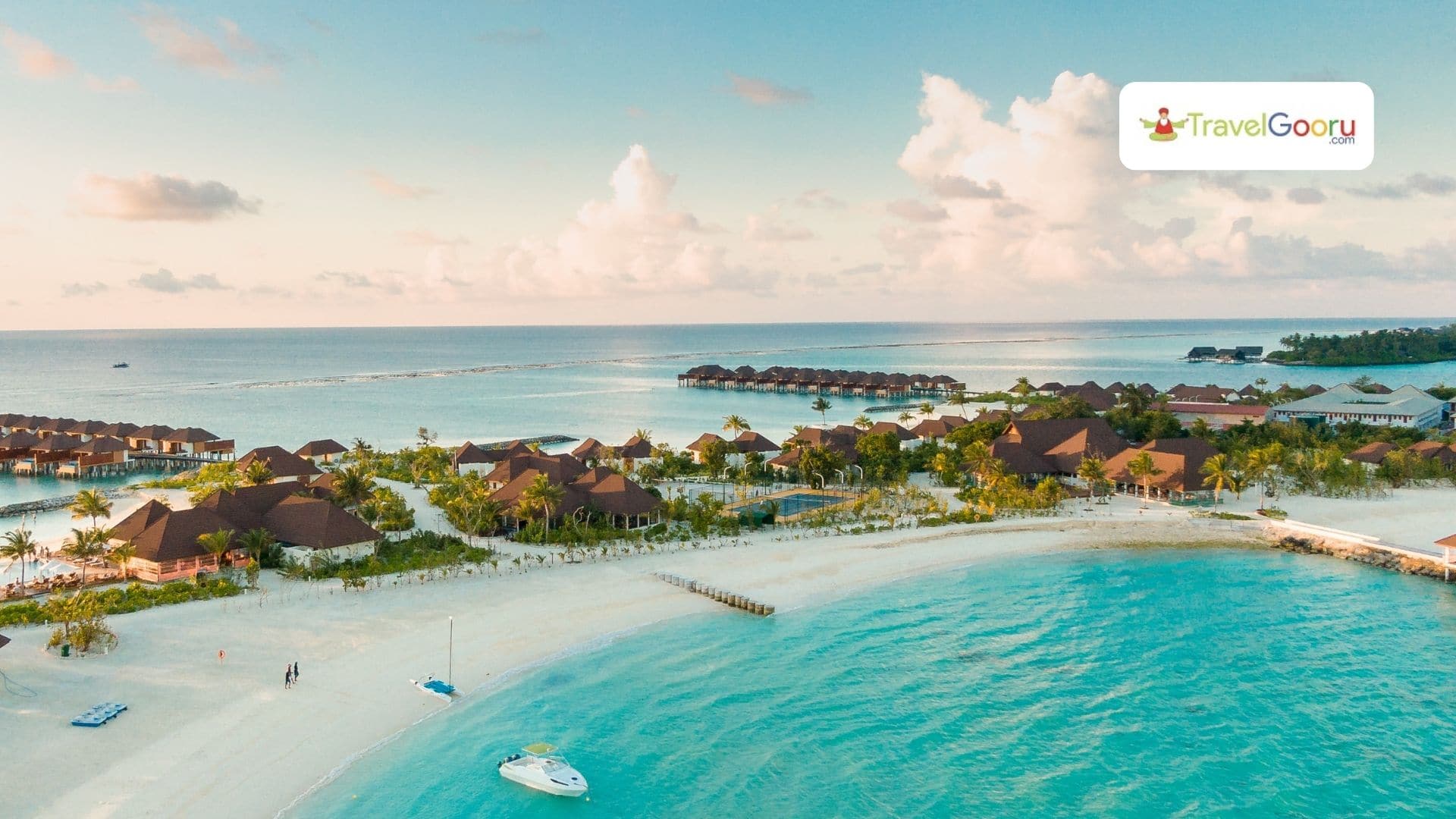 Imagine the Caribbean, and a certain picture comes to the mind: clear turquoise waters along the unblemished white-sand beach. We all can agree that this picture in the mind is the most calming one. The beaches are delightful to visit. There are many reasons to vacation in the Caribbean. Millions of travelers come to the Caribbean to learn, explore, exercise, relax, or eat. Explorers who come to the Caribbean independently usually visit one island country.

Traveling between the countries can be difficult and expensive. We have listed some travel tips to keep in mind when traveling to the Caribbean.

It is a fact the cheapest flights are available when booked early, especially 25 days in advance. If you are traveling within the Caribbean on a Caribbean-based airline, you are less likely to benefit from flash sale seats closer to your travel dates. Flights must be booked at least 2 to 3 months in advance to benefit from discounted, restricted fares before they are all sold out.

If you are planning a trip to many different islands, there is a great possibility that you might experience delays. This has to do with the logistical challenges, as well as weather changes. As most Caribbean island airlines use small airplanes, flying through bad weather is rarely practiced. Severe changes in weather can therefore lead to flight delays, having a ripple effect on future connections. Keeping this inevitability in mind can help minimize disappointment if you have contingency plans in place in the event of delays. Be prepared for anything and you will be surprised by nothing at the Caribbean Islands.

While your first instinct in planning an island-hopping trip would be to simply travel from one island to the nearest island along the chain, keep in mind that this does not always offer you the cheapest options. Caribbean island airlines plan the routes based on several factors, demand is one of them. Therefore, if the Caribbean Island you are thinking of traveling to is not a popular one, the airline will most likely fly over it, stopping at other islands first, before you’d eventually land there. This can be a time-consuming as well as an expensive affair. Thus, make sure that you plan the routine wisely with lots of research.

Caribbean islands are quite close to the equator so the sun gets pretty intense and high. Add the high frequency of sunny days and you can imagine that this is not good for the skin at all. Getting a tan does look healthy, but too much sun is not good for the skin at all. Go for outdoor sports and get some sunlight but not too much. It is best to use sunscreen lotion with factor 50. That means you can get a tan but won’t burn that much. It also helps to wear UV-protected rash guards or tees. A genuine tip would be to apply a new round of sunscreen every hour. Wait a while after applying sunscreen to jump into the ocean. Not absorb lotion is bad for the fishes and the coral reefs.

Many island chains offer ferries between islands as an alternative to flying within their own regions set such as the Bahamas, British and US Virgin Islands, Antigua and Barbuda, and twin island states such as Tobago and Trinidad. For travel between many of the major Islands, L’Express Des Iles is the largest ferry service operating in the Caribbean Islands. It is definitely the most cost-effective option to travel between the islands, with one rate offered regardless of how far up or down the chain of islands you travel.

The weather is mostly always warm. The weather keeps changing around the area. Stay away from packing fabrics like synthetics that don’t breathe. Linen and cotton are preferred fabrics in the Caribbean as they are lightweight and breathable. You will be more comfortable and thankful that you thought ahead. Plus, they tend to fold up small and take less space in the luggage.

Things on the Caribbean islands are a little more expensive because of the simple fact that a lot of food and goods are imported from abroad. In the small populated islands, just producing electricity and running water is expensive and difficult. It all adds up to higher prices in the stores and restaurants. It’s all a part of Caribbean Island life. Thus, it is best to make a budget and look for shortcuts.

We at TravelGooru, work by the motto to help you make your travel easy. We keep reading interesting posts about traveling and expand our horizons to meet your expectations. At TravelGooru, we help with all the logistics that precede international travel. We are here to make all your reservations, compare the costs of various flights and hotels to make sure that you get the best deal. We search, compare, and save on your travel expense.

If you wish to take a trip to the Caribbean Islands anytime soon and are scared of the process, you can simply contact us. We will make sure that your trip is one filled with pleasure bereft of the stress of planning. 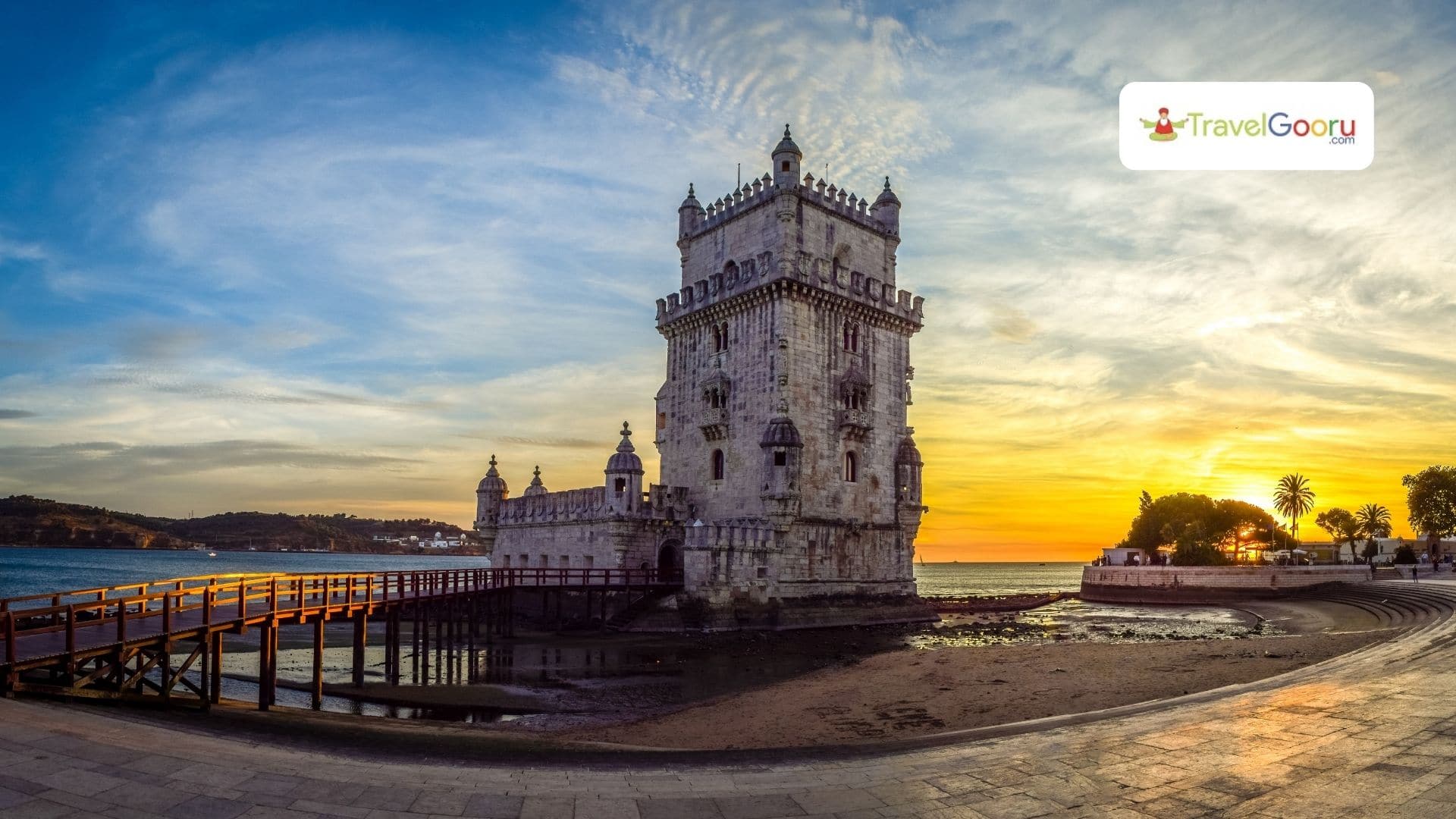 Portugal is a traveler’s dream destination. It has something for everyone. If you are a history buff, there are the cities of Porto and Lisbon. If the peaceful countryside and nature are more up your alley, then you can explore the cobbled villages in the northern region of Portugal, the beautiful wine region, and the rugged Atlantic coast.

Here are some of the most beautiful places to explore in Portugal!

Known for its fairytale-like scenic charm, Sintra is cocooned in the Serra de Sintra mountains among magnificent pine trees. Dotted with castles, the most famous being the Palacio Nacional da Pena and the Quinta da Regaleira, a visit to Sintra can transport you to fantasy land. Sintra’s hills make walking an effort, but the outcomes are worth it. For those who do not prefer to walk, there are buses that stop near all the city’s attractions such as Pena’s Palace, a castle reminiscent of Germany’s Neuschwanstein.

Portugal’s capital city Lisbon is very aptly considered to be one of Europe’s prettiest cities. With open plazas, awe-inspiring churches, and winding streets, Lisbon is a city you do not want to miss visiting. Plan a trip to Alfama or the tower of Belan and admire the beauty of these historic places. Lisbon is also home to the oldest bookshop in the world.

Estoi is home to one of the most romantic buildings in Portugal – a palace dating back to the 19th century. With a pretty pink Rococo facade and giant palm trees, the Palacio do Visconde de Estoi is certainly worth a visit. While at Estoi, make sure to walk up to the Roman Ruins of Milreu where you can see the remnants of a grand ancient Roman villa dating back to the 2nd century AD.

Dating back to Palaeolithic times, Obidos is a beautiful example of a traditional Portuguese walled town. Here you can see the blending of Phoenician, Roman, and Moorish influence at its best. Every July, the town has its Annual Medieval Festival, featuring costumed parades, knights, minstrels, performance shows, and a handicraft fair showcasing medieval food and wares.

If you are a beach lover, then the Algarve is just the place for you. With stunning views of the Atlantic and natural rock formations, the Algarve is a crowd puller. But it also has some mesmerizing isolated beaches that are a little off the beaten track.

Porto shares many similarities with Lisbon but it stands out for its rows of houses adorned with Azulejos tiles. Enjoy Porto on a Rabelo boat trip or explore the hilly streets and plazas on foot. Either way, it is bound to be an enriching experience. World-famous for its fine port wine production, the busy city of Porto sprawls along the hills overlooking the Douro River in Northern Portugal, prized for its architectural and natural beauty.

Chosen by King Louis I of Portugal as his summer retreat, Cascais still retains its old-world charm. Home to at least 17 beaches, the adorable towns of Cascais are sure to make your visit worthwhile.

A haven for wine lovers, the splendid Douro Valley includes one of the oldest wine regions in the world- the Barca de Alva. The area’s tradition of viniculture is reflected in almost everything, right from the old Rabelo boats to the exquisite vine designs at the Pinhao railway station. Douro valley doesn’t offer you just vine. You also get to see some of Portugal’s most magnificent natural landscapes. Savor the view slowly while traveling by rail along the historic Douro railway line.

The ancient city of Coimbra is a beautiful blend of elegance and classicism. Portugal’s medieval capital for more than 200 years, today Coimbra boasts of a huge student population and colorful nightlife, owing to its historic university complex. Dotted with Gothic monuments and Moorish fortifications, Coimbra’s beauty comes intensely alive at night as the city is illuminated with candle-like lights against a cerulean blue sky. The exciting culture scene at Coimbra is most popular for its fado music performances and academic festivals, which feature a Tin Can Parade welcoming students at the starting of the school year and an 8-day “Burning of the Ribbons” party following the end of the second semester.

If nature tourism is your cup of tea, then the Azores have to top your list. Consisting of nine islands located off the coast of Portugal and North Africa, the Azores abound in outdoor activities and dramatic islands. When you think the Azores, think giant, gurgling waterfalls, extinct craters, basin-like lakes, and hiking paths set atop lush green ridges. The landscape is not surprising, considering that each of the nine islands is of volcanic origin.  The Azores offer you an opportunity to indulge in a wide variety of activities ranging from canoeing, kayaking, whale watching, diving, hiking inside the volcanoes, or exploring the islands by car.

With so many fascinating places to visit, Portugal has to be a must-see on your bucket list. If you desire to have a great trip and make amazing memories in Portugal, connect with us at TravelGooru today. We help clients search for cheap hotels and rental cars at their vacation destinations. We instantly compare prices and provide precise details to make it easy for our clients.

Contact us at Travelgooru and let us make your dream vacation come true!