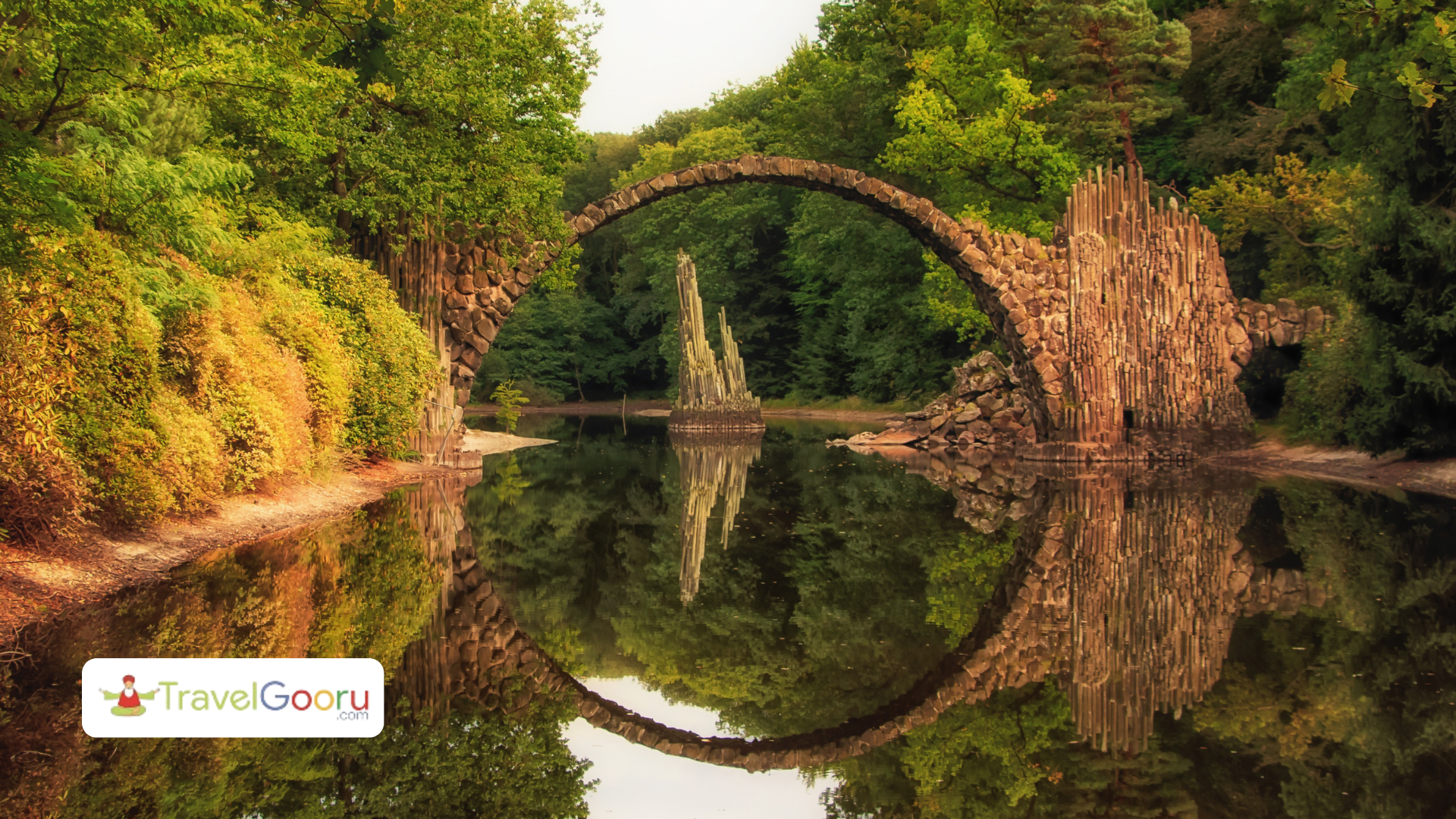 When you talk about places to see and destinations to cover, each place has a unique look to it. While you may know most of the locations that are famous for their scenic beauty or for their historical standpoint, there are many such places that are unique in their own way.

Some of the places that we are going to discuss may not seem appealing to you but that place has made it to this list because it is peculiarly astonishing to see. Here are the top 7 weird yet mesmerizing places to visit in 2022.

This is the remains of a prehistoric lake that went dry, leaving behind a white salt bed and natural rock formations. The best time to visit this place is from July to October.

Die Rakotzbrück is a bridge that was constructed in the 19th century. Over the years, its fame grew for its unique shape and it forms a perfect circle when merged with the reflection of the water. And because a perfect circle is formed, it is also called the “Devil’s Bridge.”

The bridge’s designers appear to have placed a greater emphasis on its looks than on its utility. For example, thin rock spires have been erected at both ends of the Rakotzbrücke to mimic natural basalt columns that may be found throughout Germany.

It is said to be one of the most unusual natural phenomena on the planet. One of Iceland’s most amazing experiences is snorkeling in the Silfra Rift. On your journey to Iceland, make sure to try it. The beauty of this natural wonder will take your breath away.

Separated by the tectonic plates of Noth America and Europe, the Silfra Rift covers an area of approximately 600 by 200 meters. The best time to visit is between June and August.

The Columbia river Caño Cristales is known for its unique color. The river bed is covered by a particular species of plants which turns the water red. This river is also known as the ‘River of Five Colors’ and has also been called the most beautiful water body on earth.

This phenomenon can be captured best through a timelapse video capturing the water cascading down the rocks. The best time to see the lake in its best colors is to visit during the summer.

Do jungle safaris and tours of a national park something you enjoy? If yes, this is just the place for you. The interesting part of this national park is that the lake is so clear that you are able to see the bottom of the late and still won’t be able to make out its depth.

The blue lake at Nelson National Park feels as if you are floating and now moving on water. Yes! That is how clear and crisp the lake is. The best time to visit is December to February.

The Naica Mine’s Giant Crystal Cave is also one of the strangest places on the planet. These massive gleaming mineral pillars deep within the Earth’s innards are enough to make you feel claustrophobic.

For more than 500,000 years, this massive structure has been built beneath Mexico. It’s a fascinating case study in how organisms cope with high heat and humidity. This is a place that every nature lover should see at least once.

To enjoy this, you don’t even have to know how to swim. The Dead Sea is a salt lake that ensures that you keep floating without putting in any effort. With a salinity of roughly 34%, the Dead Sea is ten times as salty as the ocean.

A word of caution: if you open your eyes while in the water, it will sting a lot. It’s a hostile environment. Surprisingly, it was inhabited by wild tribes during the Greek Era. To know more interesting facts about this lake, make sure to visit!

So this was our list of top 7 weird yet mesmerizing places that you should visit in 2022. If you feel that we may have missed out on a spot, feel free to mention them in the comments section below.